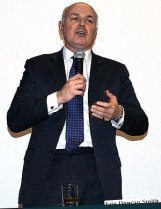 A post on the Guardian Politics blog reveals that the UK Statistics Authority have accused Iain Duncan Smith of misusing statistics.

In response to a letter from the TUC, the head of body which oversees official statistics, claims :

“We have concluded that the statement attributed to the Secretary of State for Work and Pensions that ‘Already we’ve seen 8,000 people who would have been affected by the cap move into jobs. This clearly demonstrates that the cap is having the desired impact’ is unsupported by the official statistics published by the Department on 15 April.”

The letter can be read in full on the Guardian website.

UPDATE:  The Chair of the Statistics Authority has also written to Iain Duncan Smith directly claiming that the statistics to not comply with the Code of Practice:

In the manner and form published, the statistics do not comply fully with the principles of the Code of Practice, particularly in respect of accessibility to the sources of the data, information about the methodology and quality of the statistics, and the suggestion that the statistics were shared with the media in advance of their publication.

In March, when considering a complaint about the handling of statistics on child support, I was told that senior DWP officials had reiterated to their staff the seriousness of their obligations under the Code of Practice and that departmental procedures would be reviewed.2 The Board of the Statistics Authority would welcome further assurance that the working arrangements within the department give sufficient weight to the professional role and public responsibilities of statisticians.

The letter can be downloaded at (PDF): http://www.statisticsauthority.gov.uk/reports—correspondence/correspondence/letter-from-andrew-dilnot-to-nicola-smith-09052013.pdf