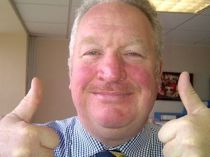 The slump in the Government’s Access To Work scheme has continued with around a third less people benefiting from the fund, which aims to help disabled people find and stay in employment, than during its peak in 2009/10.

Access To Work provides money for support workers, transport costs or other expenses for disabled workers.  The scheme began to collapse shortly after this Government weren’t elected with the number of new starts at an all time low – standing at 9,760 individuals beginning on Access To Work  in 2011/12 compared to 16,230 just two years earlier in 2009/10.

Since then the DWP has tried furiously to plug the scheme, broadening the criteria under which people can qualify to include Work Experience along with running high profile promotional campaigns. Despite all of this, Access To Work remains a disaster under the current Government – although that hasn’t stopped DWP big wigs boasting in the national press about how proud they are of their utter failure.

Access To Work is also available for people who are self-employed, leading some to speculate how many of those on the scheme have been bullied into precarious self-employment by shady Work Programme companies.  Even if this is the case, it has barely made an ounce of difference.

Just 10,390 people started receiving support in 2012/13 and this week’s figures for the first quarter of 2013/14 reveal things have barely got any better since then.  Should the dire performance continue throughout the year then less than 11,000 people are likely to start on Access To Work this year.

That’s 11,000 out of around 7 million working age disabled people in the UK.

Astonishingly the new Minister for Murdering Disabled People, Mike Penning (pictured) has hailed the latest dismal figures as a real success, claiming that a meagre 10% rise of those using the scheme over the last year is a ‘boost’ for disabled people.  Pennning doesn’t seem to have realised that 10% more of fuck all is still fuck all.  Perhaps most troubling of all, is that the accompanying gushing press release appears to tell a bare faced lie about the success of Access To Work stating that: “the recent set of statistics show the highest level of new claims since 2007 – with 10,390 new applications.”

As can be seen from the table below, the statistical release shows a very different story.

And even this does not tell the full story of this Government’s abandonment of disabled workers.  Also this week came the news that two thirds of the sacked Remploy workers are still unemployed.  1,800 disabled workers at the Remploy factories have been laid off over the last couple of years with the promise that the Access To Work scheme would help them all back into the workplace.  According to The Mirror, just 535 of them have found jobs.  Further closures of most of the remaining Remploy factories are soon to take place.

The dreadful performance of Access To Work suggests two things.  Firstly that the DWP are inept and have bungled the promotion of the scheme.  Secondly that no matter how much the Government manufacture falling unemployment, for many of those who face barriers to employment, there are still no fucking jobs.

On the plus side, at least the DWP have stopped referring to disabled workers as ‘stock’ in the latest statistical release.

The latest Access To Work figures are available at: https://www.gov.uk/government/publications/access-to-work-official-statistics-october-2013

This entry was posted in DWP, PIP/Disability Cuts. Bookmark the permalink.