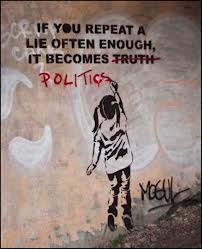 The figures record the evidence used to assess Disability Living Allowance claims (PDF), the benefit intended to meet the additional costs of living with a disability and which is available to those in or out of work.  Despite repeated claims from Ministers that all people have to do to qualify for DLA is fill in a form, the figures show that in almost all cases this is untrue.

Just 10% of DLA claims are based on the form only – a form which is 40 pages long – and even then further medical evidence, such as copies of prescriptions or medical reports will usually have been provided.  In 40% of claims a GP’s report is required for a successful claim and in a further 45% of cases further evidence is used, such as a information from a social worker or healthcare professional.  6% of claimants are called in for a face-to-face assessment.

This means it was a breath-taking lie when Esther Mcvey stated earlier in the year that:  “around 50 per cent of (DLA) decisions are made on the basis of the claim form alone – without any additional corroborating medical evidence.”

This vital benefit is now being renamed Personal Independence Payment (PIP) and a new Atos style assessment system will determine who qualifies for support.  The originally stated aim of this change – although ministers seem to have gone quiet on the fact – is to strip disability benefits from a fifth of adult claimants.  Almost everyone currently claiming DLA will eventually be re-assessed using crude tests similar to the notorious Work Capability Assessment which has seen hundreds of thousands of sick and disabled people wrongly judged ‘fit for work’.  In her role as Minister for Disabled People it was McVey’s job to justify this savage new regime which is likely to bring destitution and chaos to the lives of many disabled people.  That job is now being done by ex-army man Mike Penning.  A trained killer is finally in charge of the Office for Disability Issues.

McVey was promoted to Employment Minister in the recent reshuffle, replacing skiving Mark Hoban who after a year of barely being in the job was sacked to make way for someone with a more pro-active approach to bullshitting the public.  Previously Chris Grayling had occupied the role where he wove epic fictions about the social security system which were endlessly repeated by a fawning right wing press.

McVey seems determined to keep up that tradition and has got off to a flying start by cheering the recent fall in the number of people claiming Jobseeker’s Allowance.  The DWP are dragging their feet on providing the most recent statistics for sanctions and disallowances in the Jobseeker’s Allowance system.  It is likely this fall is down in part to people having benefits refused due to  stricter conditions for claiming the dole rather than people finding work.  But you’ll never hear that from the DWP,  especially now there is yet another lying bastard occupying the role of Employment Minister.