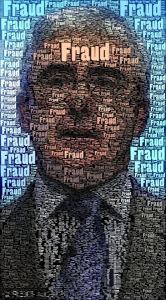 Fraud and error in the Universal Credit system is soaring whilst the rate of benefits going unpaid overall has hit a ten year high national statistics released last week have shown.

Statistics examining fraud and error within the benefit’s system are released annually and this is the first year that Universal Credit has been included. Almost 250,000 people are currently claiming the new benefit which is set to eventually replace all mainstream out of work benefits along with tax credits and housing benefit. One of the reasons given by ministers for such sweeping changes to social security was that Universal Credit would help cut fraud and error within the system. Last week’s statistics show that the opposite is happening.

Over-payments due to fraud and error make up 7.3% of Universal Credit’s total expenditure – higher than any other benefit the DWP administrates. The over-payment rate for Jobseeker’s Allowance, the benefit with the nearest comparable caseload of claimants, is just 5%.

Universal Credit’s performance is equally woeful when it comes to people being underpaid their benefits with 2.6% of expenditure not going to those entitled to it. Almost all of this is down to offical rather than claimant error, and once again, it is higher than any other DWP benefit.

Underpayments across all benefits hit 1% last year, the highest figure since comparable figures began in 2005.  And in another record for the DWP, the rate of benefits claimed fraudulently also hit a ten year high – although there is more to be said about this below.

To read lying bastard Lord Fraud’s gushing press release which accompanied these statistics you would not know any of this. Fraud and error combined is at a record low according to the Minister for Welfare Reform, when the truth is that the figure is unchanged since last year. The department also points out that both claimant and official error have fallen to record lows and makes no mention of the rise in fraud that has offset this. Neither do they mention the rise in under-payments.

The truth, as the Office for National Statistics (ONS) explains, is that in 2013/14 a change in how fraud and error were recorded resulted in many cases which were previously viewed as being an error being re-classified as fraud. This is the reason that errors in the most recent period are at record lows and also the reason that fraud over-payments are at record highs. According to the ONS this change means that “results post 2013/14 cannot be directly compared with the earlier results”. Yet that’s exactly what the DWP has done in an attempt to hide the truth about fraud and error within the system.

Despite all this, what the figures show is that fraud within the benefit’s system is very low, at just 0.9% of total expenditure. And even then these figures are rigged to maximise the chances of payments being recorded as claimant fraud rather than error.

The fraud and error statistics are collected by carrying out ‘benefit reviews’ on a small percentage of claimants and then using the outcomes of these reviews to calculate an approximate figure across the entire benefits system. What this means is that a claimant will receive a letter and then be expected to attend an interview where they will be interrogated about their benefit claim. These reviews are carried out at random, so if you get a letter about it don’t shit yourself and try to establish if this is a fraud ivestigation or a benefit review. Fraud investigations are usually carried out under caution, whereby anything you say may be used against you in a court of law.  You should be informed of this.

Two of the more common outcomes to these reviews are that the claimant is untraceble or found to be abroad. This is automatically viewed as being fraud when it could simply be that the claimant has moved house, informed the DWP and it has not been correctly recorded. It could also mean a landlord is still picking up housing benefit payments for a tenant that has long since moved out. Not all benefit fraud is carried out by benefit claimants.

Sometimes when a claimant is scheduled for review they report a change in circumstances or end their claim during the process. Again this is automatically recorded as fraud when it could just be a coincidence and simply mean they got a job. The same applies when there is a ‘loss of claimant contact’ meaning the benefit review is not completed for some unspecified reason. For the purposes of these statistics, an outcome of fraud does not mean someone has been prosecuted, or that a fraud has been admitted. It simply means that benefits were reduced or stopped as a result of the review and the DWP believes that the claimant was deliberately acting fraudulently.

Even with this calculated book-cooking the statistics show one stark fact. The total amount of money lost through fraud in 2015/16 was £1.6 billion and this is less than the amount of benefits which were underpaid which stands at £1.8 billion. Someone’s getting shafted alright, but it’s not the DWP, it’s us. Check your claim, make sure you’re getting every fucking penny you are entitled to.

Read the most recent Fraud and Error statistics and the background notes on how they are calculated (pdf).