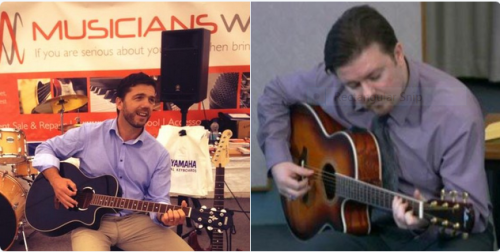 Spot the difference. One is knob. The other is a fictional character.

Jobcentre busy-bodies should be valued as much as firemen and nurses the new Work and Pensions Secretary Stephen Crabb said in his first speech today.  He has seen, first hand, he claims the life-changing interventions made by Jobcentre staff and now wants them to stalk benefit claimants even once they start work with the sinister announcement they should always be “coaching you….mentoring you….supporting you”.

This is what the introduction of Universal Credit will mean for millions of people.  Endless Jobcentre bullying with no escape.  Benefit sanctions that drive people into desperate poverty that traps them in a twilight world of a daily battle for survival.  Vicious cuts to sickness benefits that disabled people have warned will make them less likely to have the means to look for work.  There will even be benefit sanctions for workers to ‘incentivise’ those who need housing or other in-work benefits to constantly strive to earn more, or find an additional job.

In some tragic cases these life-changing Jobcentre interventions will be fatal as more sanctioned claimants are driven to suicide and ill health.  What Crabb and all the grasping poverty pimps who turned up to see him speak today fail to realise is that it is the so-called help from Jobcentres that is the problem.

Crabb was speaking at the Early Intervention Foundation conference, a vol-au-vent munching skive for charity bosses and think-tank dickheads where they pretend to care about socially excluded kids for the day.  The event was sponsored by Capita whose shocking abuse of disabled benefit claimants was exposed on Channel 4’s Dispatches last night.  Also speaking was Philippa Stroud, the former advisor to Iain Duncan Smith who used to try and cure people of being gay with magic.  Crabb would approve, he himself is an ardent supporter of a Christian cult that has organised conferences on curing gay people.  And this evangelical fervour lies behind everything Crabb says.  His coded reference to the ‘foundational role of the family’ reveals his true agenda.  Crabb voted against gay marriage.  He doesn’t like that kind of family.  He probably thinks they should go to hell.  Unless they can be cured of course.

The sad truth is that Stephen Crabb is like an even shitter version of Iain Duncan Smith – who he today called a great social reformer.  The only difference is that Crabb doesnt have any ideas of his own and so is doggedly sticking to the endless messianic schemes intending to fix poverty by making people poorer that his predecessor introduced.  That’s why there were no policy announcements today beyond an ominous threat to use unpaid workfare schemes more ‘creatively’ and yet more harassment of claimants on sickness and disability benefits.  Instead Crabb went on about his mother, as usual, and tried to convince the assorted delegates what a nice person he was.  He really cares, he’s a bit like Jesus.  So let’s fucking crucify him.

Above pic from: Is the new Work and Pensions Minister the REAL David Brent? #EIFNatCon #TheOrifice