It’s Workfare Week! Tell The Bastards What You Think On #WEWeek2015 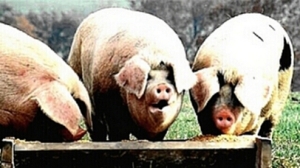 Workfare industry bosses react with delight to news David Cameron intends to attend their next conference.

The vile welfare-to-work sector are teaming up with a DWP controlled front organisation this week to hold a celebration of all the money they are making out of unpaid work.

The inaptly named Fair Train are funded by the UK Commission for Employment and Skills, a government body under the control of both the Department for Business, Innovation & Skills and Iain Duncan Smith himself.  Despite their name, this so-called charity exists to promote unpaid Work Experience schemes, by flogging off dubious Quality Standard awards to workfare exploiters.  In 2013 they were paid a whopping £283,000 of tax payer’s money to promote unpaid work schemes.

Week Experience Week is part of this gushing celebration of exploitation, so it is no suprise to see ERSA, the trade body established to lie on behalf on the welfare-to-work sector, joining in the festivities.  Fair Train say that want others to get involved with Work Experience Week, with aim of encouraging as many companies as possible to stop paying wages and start using workfare.  You can let the bastards know what you think on twitter using the hashtag #WEWeek2015.

This entry was posted in Fighting Back, JSA/Workfare/Work Programme and tagged #WEWeek2015, ERSA, Fair Train. Bookmark the permalink.

123 responses to “It’s Workfare Week! Tell The Bastards What You Think On #WEWeek2015”