Take Action Against @GroundworkUK: No Grounds For Greenwashing Workfare 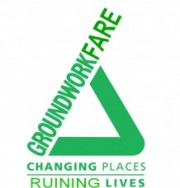 Groundwork boasts of its involvement in workfare. Join in with an online blockade of their social media and let them know what you think of their prolific and unashamed use of forced unpaid labour.

Take online action today against Groundwork, the green charity using unpaid labour. Branches of Groundwork up and down the country openly advertise their involvement in all kinds of workfare, including the latest and most exploitative programmes.

Charities and voluntary organisations should know the value of volunteering. Instead Groundwork is taking thousands of unemployed people on workfare placements with no pay and putting people at risk of sanctions. According to their own statistics they forced 4,500 people through workfare last year alone. They trade on the goodwill of their ‘volunteering’ projects to secure government money for unpaid labour schemes.

Groundwork is also taking part in the latest draconian scheme, Community Work Placements (CWP), as a sub-contractor of G4S in Merseyside, Lancashire and Cumbria. CWP is a six month long placement – twice the length of the maximum community service sentence for committing a crime.  Workfare criminalises unemployed people and then punishes them more harshly than other people who are forced to work for free. It does this without even the appearance of judicial process: people are punished just because they’re unemployed.

More than 400 charities and 22 councils have rejected CWP and other workfare schemes by signing the Keep Volunteering Voluntary pledge. They understand that workfare is punitive and that it doesn’t help people find jobs.

Following the latest attacks from the government on unemployed people, in which the Tories are promising to cut benefits and roll out more of the harsh schemes like the ones Groundwork provides, we need to show those involved in workfare just how unacceptable it is.

A lot of green charities and recycling companies are involved in workfare schemes. The environment is a useful alibi for forcing people to work for free, because it makes it easy to claim that the work unemployed people are doing is for “community benefit” – which it is supposed to be, if the scheme is one that people can be directly forced to do, like CWP or Mandatory Work Activity.  This is why there’s so many environmental charities, city farms, and recycling firms on our list of workfare exploiters.

Workfare schemes cannot operate without charities that are willing to take on unpaid workers, but Groundwork’s involvement is deeper: they help organise the schemes as well. Groundwork say they recognise that Jobcentre Plus is enforcing a “stricter application…of conditions and sanctions”, but they continue to help to run this punitive system anyway. Let them know about the hardship and destitution that benefit sanctions are causing. Let them know that forcing people to work under threat of destitution for no pay is wrong.

Or you could contact them through their website, or on the phone (0121 236 8565).  They have local branches throughout the UK.  To find contact details for the nearest one to you, look here.

This entry was posted in Fighting Back, JSA/Workfare/Work Programme and tagged boycott workfare, Groundwork. Bookmark the permalink.

28 responses to “Take Action Against @GroundworkUK: No Grounds For Greenwashing Workfare”