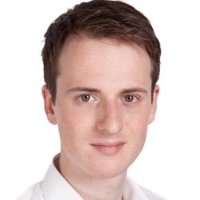 Barely out of school, the Policy Exchange’s Guy Miscampbell has probably never done a real day’s work in his life.

In a humiliating blow to Iain Duncan Smith’s welfare reforms, even the Policy Exchange have condemned the current mass use of benefit sanctions, whilst predictably calling for an even harsher regime.

A report published this week by the Tory think tank, and authored by Guy Miscampbell*, proposes that claimants should be given ‘yellow cards’ the first time they have benefits sanctioned for a lower level offence.  This would mean a smart-card with benefit preloaded onto it which could be used to monitor and control claimant’s spending.  The Policy Exchange admit the technology does not really exist to achieve this, however they think it’s a jolly good idea all the same.  As well as this claimants should be forced to attend the Jobcentre everyday, not to look for work as you might think,  but as a means of “punishing non-compliant behaviour” – the real reason for benefit sanctions.

This will only apply to lower level sanctions, the ones you get for being late for a  meeting or not turning up to a Work Programme appointment you were never told about.  The length of these new ‘non-financial’ sanctions should be doubled according to the bonkers think-tank.  The shame alone of being given a ‘Yellow Card’ by the Jobcentre will turn unemployed people into compliant little bunnies endlessly carrying out irksome and pointless ‘work related activity’ as a condition of receiving meagre benefits.

This will not be enough however to deter “undeserving claimants” say the Policy Exchange who want to double the length of the financial sanctions which will be used should someone slip up again after being given a Yellow Card.  It is often the most marginalised claimants who receive multiple sanctions – those battling addiction, homeless people, people with physical or mental health conditions or those with low levels of literacy or who speak English as a second language.  These are the undeserving claimants who will face even greater impoverishment and harassment if the Policy Exchange get their way.

This report suggests that panic is setting in amongst the swivel-eyed right that the public may not support their war on the poor forever and therefore the DWP’s vicious welfare reforms may have to be spun in a different direction.  Buried beneath their fake concern however is a sanctions regime precision targeted at those likely to find it hardest to find a job and least likely to have much public sympathy for their plight.  Even the unworkable, and frankly fucking laughable Yellow Card system seems to be a cheap attempt to use public concern over the poverty to introduce some form of food-stamp style smart-card scheme into the benefits system.

It is significant though that for the first time the Policy Exchange feel the need to not only insist ‘conditionality’ in the benefit’s system is necessary, but to argue concessions should be made to ensure this view prevails.  It comes at a time when an increasing number of people are calling for all benefit sanctions to be stopped without exceptions.  This is the only way to ensure a fair and humane welfare state, one which doesn’t grind people into the ground if they become unemployed, sick or disabled, but provides dignity and a genuine chance for people to get their lives back on track.

*If this the Policy Exchange report reads like it was written by some pampered little sixth former without a clue how people live in the real world then that’s because it more or less was.  22 year old Guy Miscampbell (pictured) left Durham University with a second class degree in 2012.  After four months as an intern he finally become an employee at the Policy Exchange just over a year ago.  According to his linkedin page this is the only job he has ever had.  And now this chinless little Tarquin thinks he has the knowledge or experience to propose changes to social security that could potentially affect millions of people.