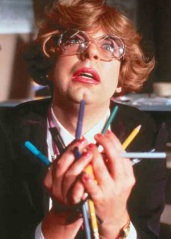 George Osborne’s public humiliation of Iain Duncan Smith will be a bitter blow for the bungling Work and Pensions Secretary as his welfare reforms along with his credibility both continue to disintegrate.

Whilst Osborne stole the show with a flagship headline grabbing workfare scheme costing approaching half a billion pounds, Iain Duncan Smith was reduced to announcing a small pilot scheme which seems to be based on the type of Job Clubs that have been around for decades.  The type of pilot scheme that would usually be announced in a memo to the relevant Jobcentre staff, not from the podium at a party conference.

IDS’ latest crazy scheme will see unemployed people sent to sit around ‘job searching’ in Mandatory Attendance Centres for 35 hours a week.  This is the kind of expert help for unemployed people that was so savagely satirised in the comedy show The League of Gentlemen featuring Pauline, the jobsworth jobs counsellor who took delight in humiliating and demeaning her ‘clients’.

There is no bigger comedy show currently than the shambles at the DWP and this latest scheme reveals the joke to be wearing desperately thin.  This type of provision has a long and illustrious history of not working for anyone except the profit hungry sharks in the welfare-to-work sector who will be rubbing their hands in glee at today’s announcement.

Whilst exact details are so far unclear it seems likely that claimants could be sent to one of these Mandatory Attendance Centres in the first few months of their claim.  Companies like A4e, Ingeus and Working Links will have already spotted how lucrative this could be.  All they have to do is encourage Jobcentres to send them people likely to get jobs anyway and they can pick up fat job outcome payments for doing nothing at all.  Jobcentres will play ball if the figures look good and it helps them meet referral targets.

For those who aren’t ‘job ready’ the welfare-to-work sector has the answer, which is to do as little as possible as cheaply as possible.  Tony Blair’s New Deal often included large chunks of mandatory supervised job search.   This led to unemployed young people sitting around in A4e’s offices, sometimes for weeks on end, doing little more than talking amongst themselves.

If welfare-to-work companies don’t think they can get a job outcome from a claimant then the most profitable thing to do is nothing.  And if they think a claimant is likely to find work then they still do little more than nothing, knowing that the claimant themselves will do the work that makes them the money.  Workfare and benefit sanctions can be used to make sure there is no slacking for those most likely to get jobs, who often end up in low paid insecure work rather than the sector they have skills and experience in.

This is the business model of the welfare-to-work sector that has had billions of tax payer’s cash shovelled into their grubby pockets over the years.  Provide scant help those who don’t need it and leave the rest to rot.

In the case of the New Deal this meant claimants were packed into offices with a few out of date newspapers lying around and a couple of cheap computers.  Supervision meant a handful of poorly paid and untrained staff scurrying around in back offices doing everything they possibly could to avoid the punters.  Even asking for a stamp was met with indignation from the penny-pinching poverty pimps in charge of the New Deal.  Every single penny spent on claimants was less money for the likes of Emma Harrison who made millions from this racket when she was still head of the scandal ridden A4e.

This is Iain Duncan Smith’s latest big idea.  A resurrection of the biggest benefit fraud in living memory.  And all done not with the intention of helping people find work, but instead to make life as unpleasant as possible for unemployed people.  To establish the Victorian principle of ‘less eligibility’, meaning that life on benefits must be made far worse than the life of the most exploited and lowest paid worker.  The spirit of the workhouse has been alive and well at this year’s Tory Party Conference.

153 responses to “The Public Humiliation Of Iain Duncan Smith”