A Sticky Situation For The Workfare Exploiters 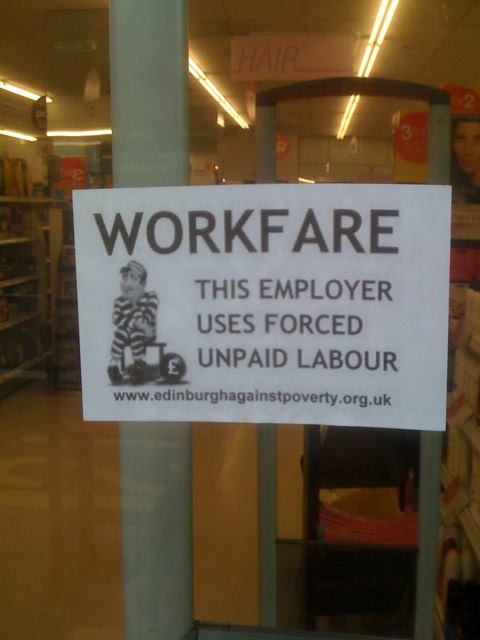 This pic has been going viral on facebook,  Sometimes the simplest ideas are the best.

This entry was posted in Fighting Back, JSA/Workfare/Work Programme and tagged workfare sticker. Bookmark the permalink.

35 responses to “A Sticky Situation For The Workfare Exploiters”