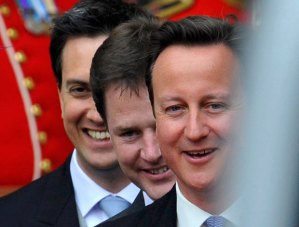 In a sad, but unsurprising move, Labour yesterday abandoned any support for the poorest by allowing Iain Duncan Smith’s retrospective workfare legislation to pass into law virtually unimpeded.

The nasty little bill rushed through Parliament by IDS means that money illegally taken from claimants who were wrongly sanctioned will now not be paid back. This shocking move, which has even appalled right wing think tanks*, means there is no longer any real point in taking the government to court as they can simply backdate changes to the law – seemingly with cross party support – to avoid any consequences resulting from their crimes.

The Labour Leadership could have stalled the timing of this bill until it had proper scrutiny. They could at the very least have voted against it. But instead they chose mass apathy, with just 44 Labour MPs defying Liam Byrne and voting with their consciences.

In a squirming piece on the Labour List website, Byrne claims that benefit sanctions were ruled illegal simply because Iain Duncan Smith bungled the legislation when he introduced workfare. The truth is that this is only half the story as Byrne himself well knows.

The judgement which ruled many workfare schemes, and the benefit sanctions which resulted from them illegal, was about much more than poorly drafted laws. The Appeal Court judgement also slammed the information given to claimants as inadequate, warning it was “unclear and opaque” with one judge stating “the answer to my mind is plainly that there could be no question of sanctions being validly imposed if no proper notice of the sanction consequences was given.”

Simply put, claimants were not given the correct information about what would happen if they didn’t attend workfare. And many lost vital benefits as a result, plunging them into immediate poverty and in some cases probably facing homelessness.

Many claimants have learning disabilities or difficulties with literacy. Some do not speak English as a first language. When Mandatory Work Activity (MWA) was introduced, the Social Security Advisory Committee, who scrutinise welfare laws warned (PDF):

“Evidence from the Department’s Equality Impact Assessment and DWP research shows that ethnic minority claimants and those with a learning difficulty tend to be disproportionately sanctioned for not actively seeking employment. This, alongside other societal factors, could lead to these groups being disproportionately referred to this scheme and, as a consequence, at even greater risk of sanction.”

These are the people Labour yesterday enabled the Tory Government to steal money from. The most marginalised and poorest claimants, who despite the difficulties they face are now expected to second guess what information from the DWP really means or face losing money they are entitled to. If any other group in the country were treated so disgracefully there would be an outrage. But when the government steals money from those with virtually nothing, who face countless other difficulties in their lives, the Labour Party stands back and does nothing.

Despite their crocodile tears over the bedroom tax, Liam Byrne has sent a clear message to those with least. They will all too happily exploit the suffering of the poor if they think there might be a few votes in it. But when it suits them Labour will turn a blind eye when the Government robs those with least of what little they have.

There is no real difference at all between Labour and the Tory Party on social security reforms. Labour introduced workfare, Atos, and their own bedroom tax for private tenants after all. And as for the Lib Dems fake commitment to civil liberties, they have just allowed a bill to be passed that would make most tin pot dictators blush.

For those who have never trusted Labour, or any other shiny faced class traitor with a cheap suit and a manifesto, their utter contempt for those with least will be of no surprise. Even those dwindling few who thought Labour offered even a glimmer of hope will have had those hopes dashed. The Labour front bench, alongside the bulk of the party, are every bit as committed to banker imposed austerity and the resulting war on the poor as the toffs in the cabinet. And as for any change of heart on civil liberties since Blair’s totalitarian tendencies, well yesterday showed that even that is a sham.