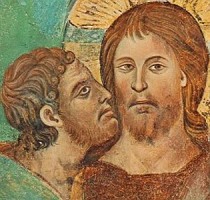 Last year the homelessness charity SHP pulled out of the Government’s Work Programme after warning that people were forced to ‘beg and steal to survive’ due to the vicious sanctions regime.  Around half a million benefit claims are sanctioned each year, and under new regulations a sanction can now last up to three years.

Claimants can find benefits stopped for missing a meeting, not applying for enough jobs or failing to attend workfare with charities like YMCA England and the Salvation Army.  Claimant’s personal circumstances are often not taken into account leading to tens of thousands of claims wrongly sanctioned and overturned on appeal.

The YMCA’s mealy mouthed response to criticism of their involvement with the Mandatory Work Activity (MWA)  scheme has been to focus on the handful of cases where someone says they have had a good experience.  They even claim ‘several’ people forced to work unpaid for the charity have eventually found real jobs.

Even if this is the case it grossly misses the point.  Whilst forced work is clear exploitation, it is the stories of those unable to, or who refuse to work for free that reveal the true horror of the scheme.

When MWA was first proposed the Social Security Advisory Committee (SSAC) issued a damning report (PDF)  and recommended it should not go ahead.  The SSAC used to be a panel of experts who scrutinised welfare reforms.  Since that report the Government has attempted to staff the committee with chinless think-thank wonders like the Policy Exchange’s  Matthew Oakley whose only experience of the benefits system is watching the odd episode of Shameless.

Back when they SSAC had integrity they warned that it would be the most vulnerable claimants who would face sanctions.  They warned that ethnic minority claimants and those with a learning difficulty tend to be disproportionately sanctioned.   They questioned why if this scheme is supposed to help people it is impossible to volunteer for MWA and concluded it was intended as a means of punishment.

They even suggested that attendance on MWA may hamper people’s chances of gaining employment.  As well as limiting the time claimants have to look for work they pointed out that MWA may be confused with community service by employers.  As it would turn out the evidence from the scheme has shown it has no impact in helping people find employment.

The SSAC also reported concerns that people with ‘multiple difficulties’ are at greatest risk of sanctions on the scheme saying: “evidence shows that it is precisely those people who, perhaps because they have caring responsibilities or a disability, find it most difficult to meet their obligations in taking part in unpaid work activity.”

These are the type of people that charities like the YMCA and Salvation Army would claim to support, yet they are currently complicit in destroying their lives.

Housing Benefits are often stopped when claims are sanctioned leading to rent arrears.  Claimants who are fortunate enough to qualify for hardship payments, and many don’t,  receive just £42 a week.  When rent shortfalls (due to the Housing Benefit cuts and the upcoming bedroom tax),  and basic bills are paid, this leaves many claimants without any money at all left to buy food.  Parents are unable to buy even the basics to look after their children.  Many of those queuing up at food-banks have fallen victim to sanctions.  Hunger, child poverty and homelessness have become the weapons of choice at the DWP.

The YMCA never see or hear of those sanctioned because they didn’t attend workfare in one of their charity shops.  They never learn the reasons why.  They are hidden from the consequences of their dirty little workfare exploitation and think that this means their hands stay clean.

But whilst they stay involved in Mandatory Work Activity they are every bit as complicit in the tragedies that result from the current brutal system as Iain Duncan Smith himself.  They have sold their souls to the devil himself in exchange for a handful of free fake volunteers.  Even Judas Iscariot got a better deal.

Join the Rolling Online Picket of YMCA England and let them know what you think.

“Last July, Peter was called into Whitehaven Job Centre to see whether he would be suitable for volunteer work. “I went with him as he was very worried,’’ Christine said. “Physically, his leg was fused and he struggled to move around. He couldn’t properly grip with his hand and was due to have a calliper fitted to his foot. You only had to look at Peter to realise he couldn’t work.

“He was terrified they would stop his money as he had four loans. He couldn’t handle stress and would worry.’’

Peter received the text on the afternoon of November 26. The message didn’t state a date but a subsequent letter was sent days after Peter’s death with an appointment for December 17.

Christine said Peter rang her the day he received the text. He sounded low and told her he was going to bed early. “I didn’t think anything of it,’’ she said. But the next day when she couldn’t contact him, Christine went to his home when she discovered his body.

“He didn’t plan to kill himself,’’ she said. “I believe the text triggered him. It was the fear of what would happen to him. I’ve been unemployed, and he would support me when I felt down.”

Join the National Week of Action Against Workfare beginning on March 18th: http://www.boycottworkfare.org/?p=1996