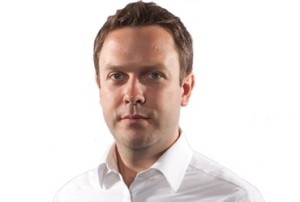 A Tory stooge who works for the Policy Exchange think tank has been appointed to the so called independent Social Security Advisory Committee by Iain Duncan Smith.

Matthew Oakley appears to one of those chinless failures who’s bummed about doing non-jobs at the government and whose only experience of social security is writing sub Daily Mail rants about benefit scroungers and the urgent need for more welfare cuts.

Despite this he’s now being paid a tidy £256.80 a day of tax payer’s cash to provide ‘expert’ advice on welfare reform.

The SSAC are a body whose job it is to scrutinise any changes to laws which may affect social security.  Whilst they have no formal power, the government must legally consult them on new legislation.  Shortly after this Government weren’t elected, the committee issued a scathing report on the plans for mass workfare.

Not long after this the head of the Committee was replaced by DWP stooge, Paul Gray.  Then last year Manpower stooge, Keith Faulkner was appointed to the committee.  Faulkner is the former head of workfare company Working Links –  a front for the global recruitment firm Manpower who have long been trousering huge sums of cash as part of the welfare reform racket.

Manpower also fund the Centre for Social Justice, Iain Duncan Smith’s weird Christian think tank who have generated much of the misinformation and outright garbage that is currently spouted about welfare by DWP Ministers.

The rest of the crap has come from the Policy Exchange, a kind of corporate subsidised employment scheme for rich kids who are too lazy to get a real job and too stupid to be proper academics.   Matthew Oakley is their Head of Economics & Social Policy.  He was recently behind the Welfare Reform 2.0 document which calls for even more state harassment of people in part time work or on low wages.

Before working at the Policy Exchange Oakley was an advisor at the Treasury and also worked on the white paper outlining Universal Credit – the sweeping and botched changes to welfare currently being mismanaged by Iain Duncan Smith.

It appears that Oakley will not leave his lucrative job at the Policy Exchange, meaning he will now be paid by a right wing think tank to propose changes to welfare and then be paid by the tax payer to ‘independently’ scrutinise those changes.

Much of welfare reform is already unravelling largely because of hare-brained schemes dreamed up by think tanks who couldn’t even be bothered to learn about the very system they were proposing to reform.

That clueless idiots like Oakley are now being rewarded with tax payer funded jobs for their role in the shambles suggests it’s full steam ahead for yet more crazy schemes at the DWP.