The Bigotry Behind Family Values at the DWP 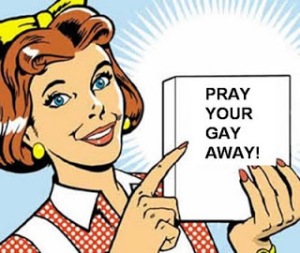 Today’s Guardian revelation that Iain Duncan Smith’s key advisor also draws a salary as a political lobbyist for a right wing think tank gives a clear indication of the culture which is emerging at the DWP.

Phillipa Stroud is the co-chair of the Centre for Social Justice, an investment banker and Tory dominated think tank which has been behind much of this Government’s welfare reforms.  Stroud, a failed Tory candidate in the 2010 election, is most famous for the allegations that she helped establish a church and nightshelter where she attempted to cure people of their sexuality.

The Observer featured the story of one former victim of this church back in 2010:

“Abi, a teenage girl with transsexual issues, was sent to the church by her parents, who were evangelical Christians. “Convinced I was demonically possessed, my parents made the decision to move to Bedford, because of this woman [Stroud] who had come back from Hong Kong and had the power to set me free,” Abi told the Observer.

“She wanted me to know all my thinking was wrong, I was wrong and the so-called demons inside me were wrong. The session ended with her and others praying over me, calling out the demons. She really believed things like homosexuality, transsexualism and addiction could be fixed just by prayer, all in the name of Jesus.”

Another former resident of the night shelter, Kacey Jones, claimed:

“Philippa was still around when I first moved in,” Jones said. “There was a ‘discipleship house’ for Christians struggling with issues, including their sexuality. They told me my feelings weren’t normal. I didn’t want to be gay, I wanted to be like everybody else, get married, have kids and please my parents.”

Stroud appears to have accused those who have come forward of lying and says she would never attempt to cure people of homosexuality.  However the New Frontiers Church, of which she and her husband are still active members, appear to have other ideas.

Andrew Wilson is a former gay man who abandoned his sinful lifestyle opting to worship the giant cock in the sky instead.  As a senior figure at the New Frontiers Church he writes regularly on their website, often on matters concerning sexuality.  Here he tells the story of a ‘very attractive (honest) young woman’ he met at a conference and who had abandoned her sinful lesbian lifestyle:

“The thing is, my partner was so astonished at the change in my life, and so challenged by what had happened to me, that she came along to church – and soon afterwards, she became a Christian as well! We are now separated, we share the raising of our son together, and we are both praying that God will continue to change us, and even give us good Christian husbands.”

Phillipa Stroud has been joined at the DWP by Mark Hoban who was recently promoted to Employment Minister.  Hoban’s voting record reveals him to be one of the most homophobic Ministers to have served in government in over 15 years.

This cluster of bigots at the DWP is headed by Secretary of State Iain Duncan Smith, who said in 2006 that same sex couples: “don’t even register on the Richter scale of how to bring up children”.

And this brings us nicely back to Iain Duncan Smith’s astonishing attack on step parents, single parents and other non traditional family structures last week.  This is about far more than outdated tory prejudices or weird cultish Christian beliefs.

The Centre for Social Justice was founded by Iain Duncan Smith and has long been obsessed with the role of fathers and their importance in bringing up children (as long as there aren’t two of them).  Whilst this would seem a noble agenda it hides a hard-hearted religious fervour which is now beginning to impact on government policy.

Whether through choice or circumstance, any family which does not fit Iain Duncan Smith’s Victorian morality can expect to find themselves under increased attack.  Don’t be fooled by his recent reluctant and opportunist conversion to gay marriage.  IDS has justified this personal u-turn by saying:  “I’m for things that are about stability. I think our biggest problem is actually with cohabiting parents breaking up at the rate they do — heterosexual cohabitees, not gay couples — because they’re the ones leaving the trail of devastation afterwards.”

So whilst his advisor Phillipa Stroud will attempt to pray the gay out of same sex couples, Iain Duncan Smith will be hunting down families who have separated who he blames for all of today’s ‘social problems’.  The nasty party is still alive and thriving at the heart of the DWP.

26 responses to “The Bigotry Behind Family Values at the DWP”