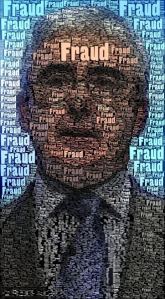 Almost half of all claimants of Universal Credit feel they will be unable to manage their money when the new benefits regime is introduced next year research has revealed.

Universal Credit will replace all out of work benefits, housing payments and in work benefits such as Working and Child Tax Credits.  Unlike the current system, all payments will be made monthly, whilst there will no longer be an option to have rent paid directly to landlords.

This has led to concerns that those already on pitifully small incomes may have difficulties managing budgets and may fall into further poverty and rent arrears due to the changes.

The DWP are currently carrying out pilots projects to test the new payments system and the transition to monthly, online only benefits administration.  Predictably they are refusing to reveal the exact results of these projects.  What they are prepared to tell us reveals why.

Ever the optimist, Lord Freud, the Minister for Welfare Reform, claims that just 54% of claimants feel they will manage the transition to direct payments – when housing benefit payments are no longer sent direct to landlords.  The number of people claiming Housing Benefits, which is available to those in and out of work alike, is over 5 million.  What scant information has been revealed from the pilots suggests that around two and a quarter million people may fall into rent arrears due to the implementation of Universal Credit.

Astonishingly Lord Fraud attempts to spin this as a good thing, although concedes that ‘more work is needed’.  Perhaps of most concern is that the study appears to have been carried out using social housing tenants, where rents are lower and some support is already available through housing offices for struggling tenants.

In the private sector, where rents are soaring and landlords can evict tenants at the drop of the hat, the impact of Universal Credit is likely to be even more devastating.

Along with a toxic combination of housing benefit cuts and rocketing rents, the impact of this Government’s flagship welfare reform increasingly look like levels of homelessness never before witnessed in the UK.  This social deficit, of poverty, poor housing and desperation, is the real legacy that Iain Duncan Smith and Lord Fraud are leaving to the next generation.