Bush brings democracy to the UK

Todays demonstrations against Bush were an encouraging sign of a bit of militancy in the anti-war movement. After police closed Whitehall, refusing demonstratrors access to Downing Street, scuffles broke out as the more spiky end of the demonstration confronted police lines.

More than one crown barrier was liberated and thrust into the police lines as a refreshingly pissed off crowd finally showed a bit of spirit and showed some true resistance to this war.

The kids at the front deserve a fucking medal as the batons came out and the forces of democracy showed their true colours.

Let’s hope this is the beginning of a new spirit within the Stop the War movement. 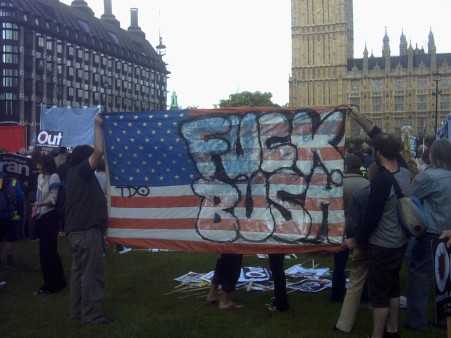 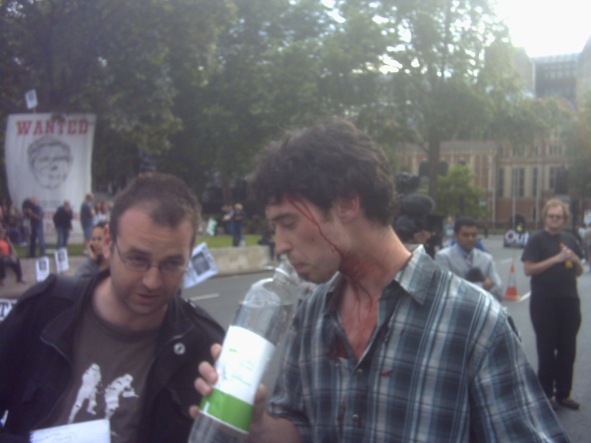 This entry was posted in Uncategorized. Bookmark the permalink.

2 responses to “Bush brings democracy to the UK”